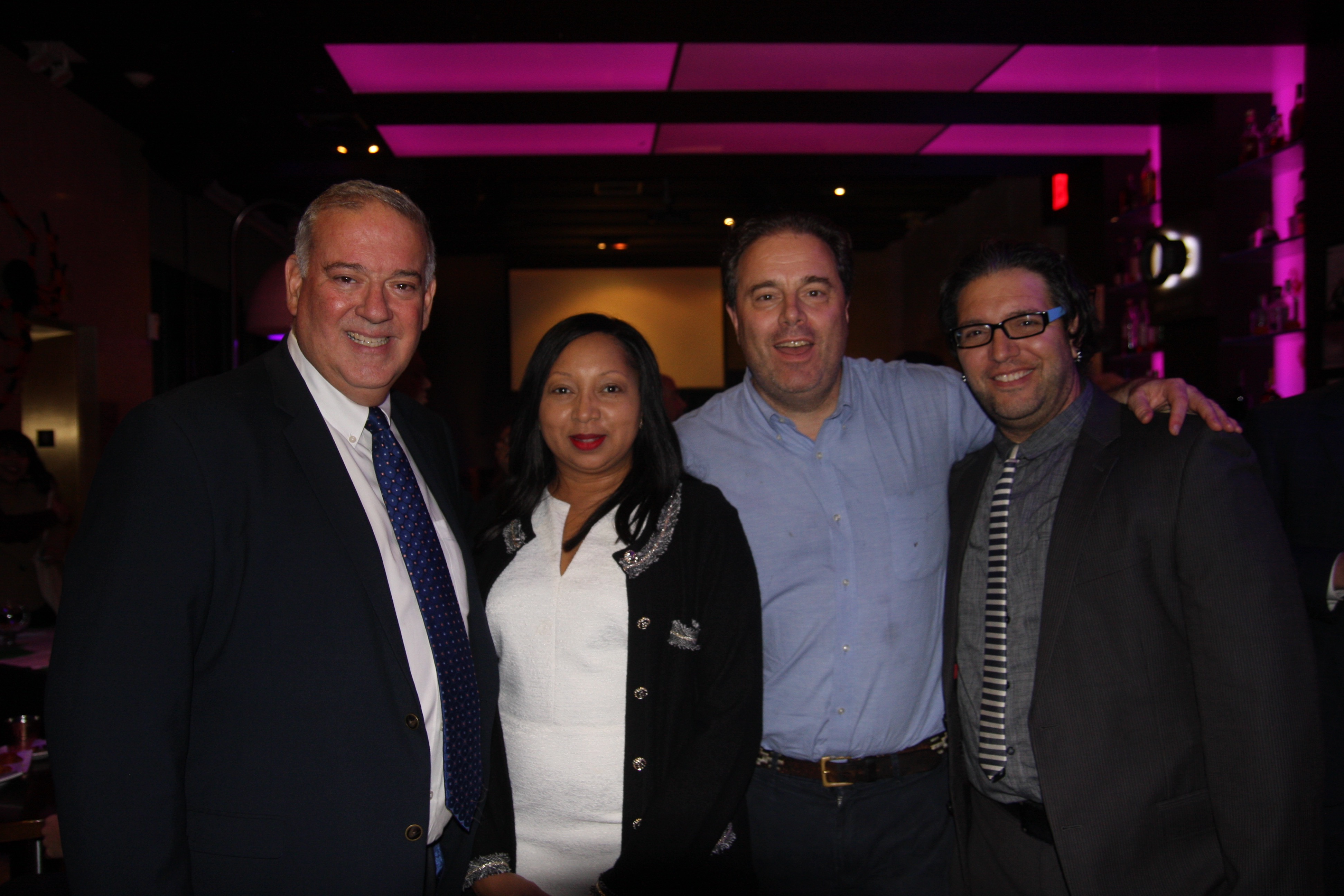 Resorts World Casino has taken an even more active role within the Queens Chamber of Commerce.

Michelle Stoddart, RWC’s director of public relations and community relations, is the founding co-chair of the chamber’s newest member committee: Arts and Entertainment.

Along with Jayson Simba from Festival of Cinema NYC, Stoddart will lead the committee whose goal is to make Queens the premiere destination for arts and entertainment in the city.

Other members of the committee include the Queens World Film Festival and the New York Mets.

Stay tuned to learn more about the chamber’s Arts and Entertainment Committee, and how you can get involved to promote the most diverse borough in New York City.

On Friday, the South Ozone Park branch of Queens Public Library reopened for the community.

The library was closed for a $579,000 roof replacement project.

“Public libraries are community spaces where residents of all ages can expand their horizons,” Adams says. “The community has eagerly anticipated the reopening of the South Ozone Park Library and I could think of no better way to celebrate than sitting down with local youths for storytime.”

On Wednesday afternoon, Councilman I. Daneek Miller and leaders from the NYC Office of Administrative Trials and Hearings (OATH) are announcing a new OATH Resource Initiative at Queens Central Library.

The initiative will bring information and resources to Queens residents and small business owners at the library.

OATH staff will be able to provide numerous answers and resources about city-issued summonses, property and name searches for outstanding summonses, and more.

The initiative will be announced at the library on Wednesday, October 23 at 3:30 p.m. 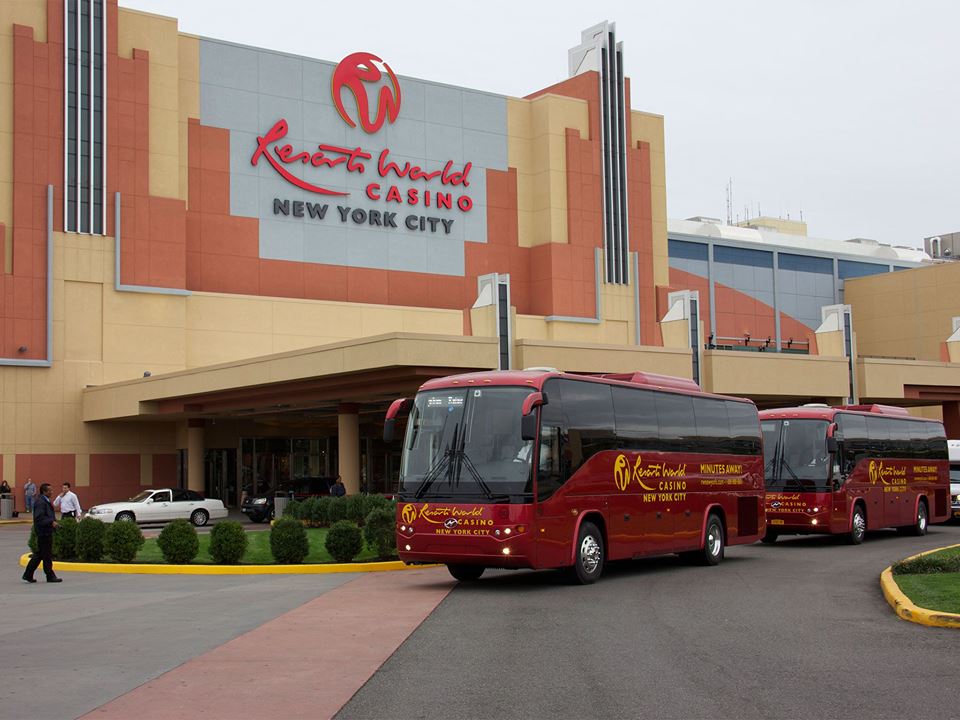 On Thursday, October 24, NYPD Boxing will be hosted once again at Resorts World Casino NYC.

This Halloween-themed event celebrates the retirement of NYPD Lieutenant Dave Siev, who was an active member of the Cops & Kids Boxing Program.

Proceeds from the event will go toward supporting the initiative.

The following precincts and organizations will be represented in the ring: 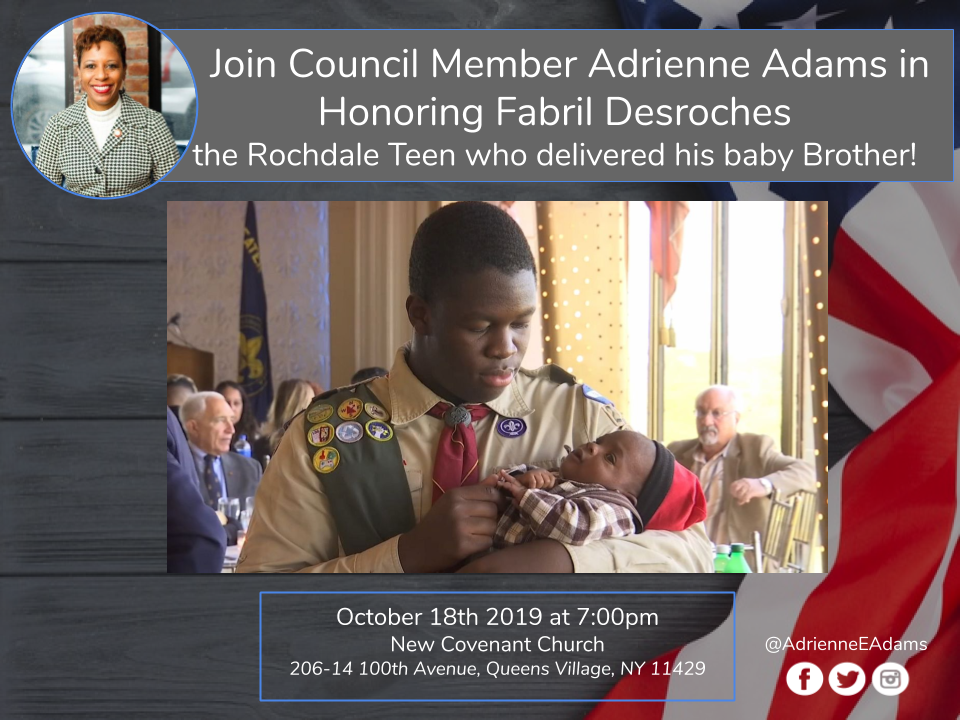 He will be honored by Adams, the Boy Scouts of America Troop 263 Queens, Thomas Edison Career and Technical Education High School and local community leaders. The event will take place on Friday, October 18 at 7 p.m. at the New Covenant Church, 206-14 100th Avenue in Queens Village. 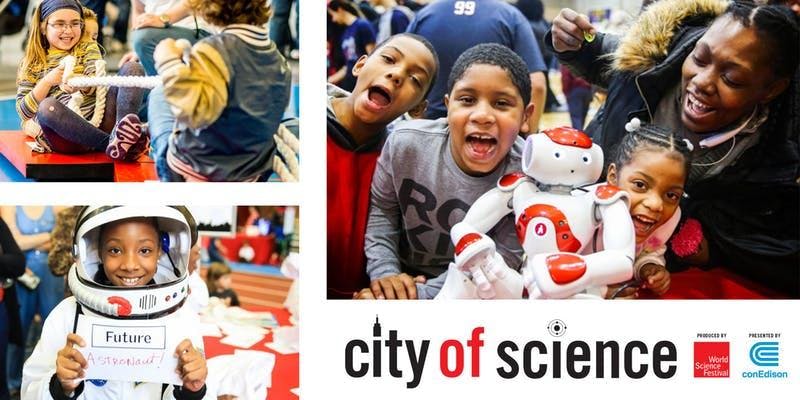 On Sunday, November 3, the World Science Festival will hold its free City of Science event at York College in Jamaica.

This larger-than-life, hands-on, and interactive STEM event is open to the public and geared toward families, students of all grades, and the community. With an expected attendance of over 2,500, attendees will experience mind-bending exhibits from the World Science Festival and partner organizations.

The event will be the third time that the World Science Festival has visited Queens.

The City of Science event is free but RSVP here. It runs from 10 a.m. to 4 p.m. at York College’s Health/Physical Education Complex at 160-02 Liberty Avenue.

NYC Parks is hosting a free fall festival for residents on Saturday, October 19 from noon to 4 p.m. at Joseph P. Addabbo Memorial Park (aka Tudor Park).

No need for tickets, just show up and have a great time! 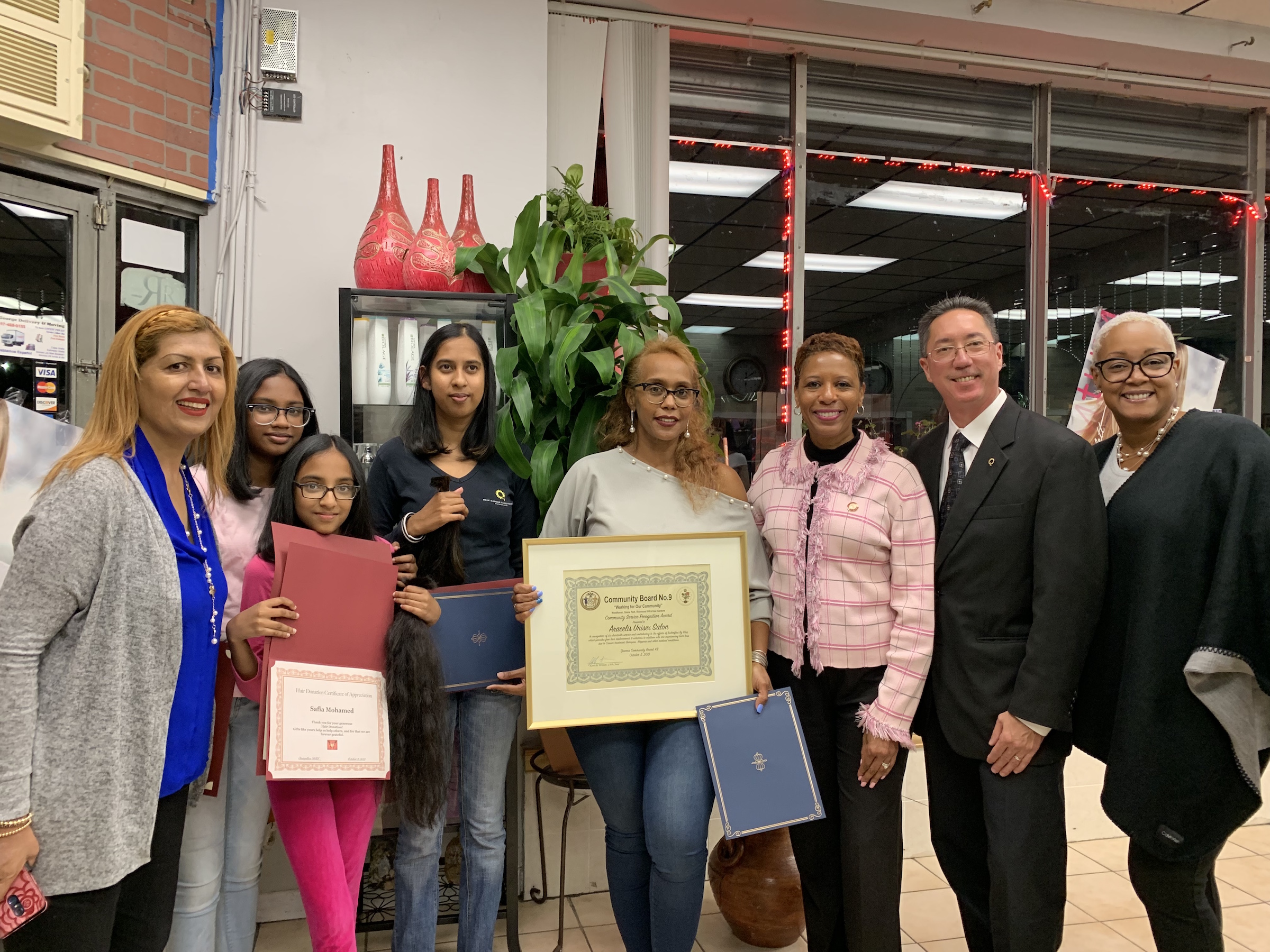 They then donated the hair to Erna Blackman, the co-founder of Butterflies By Blaq, a nonprofit that provides free hair replacements for children who experience hair loss due to cancer treatment.

“I am so impressed that these young women would choose to give up something so personal, especially for people they don’t really know,” Adams says.

“Sadly, many children suffer hair loss as they fiercely battle against cancer or those dealing with the effects of Alopecia,” said CB9 Chair Kenichi Wilson. “Receiving a wig made with real hair can boost a child’s confidence and help increase their self-esteem as they deal with these diseases.” 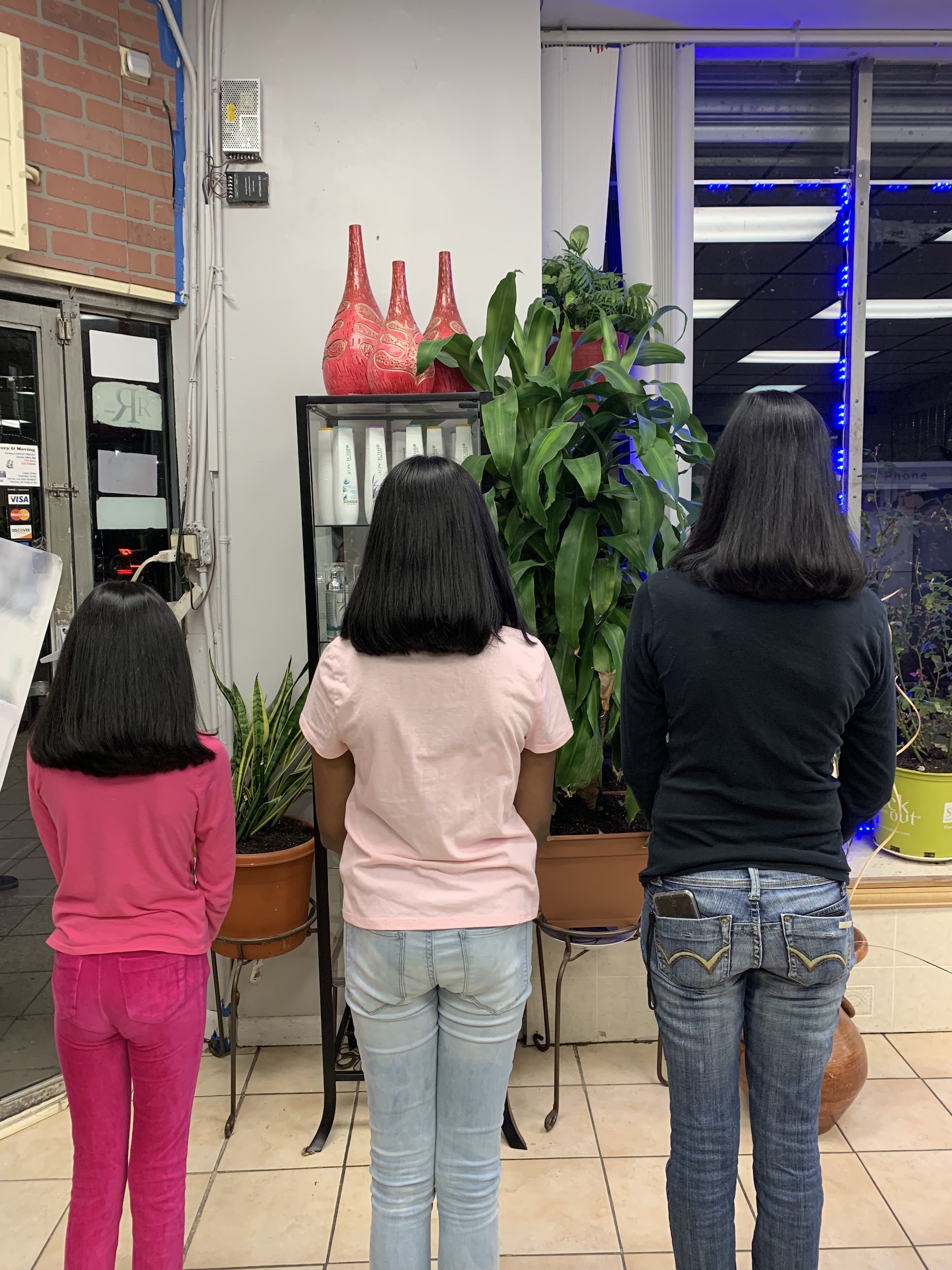 Richards will be joined by his family and former Borough President Claire Shulman at noon on Wednesday, October 2 at the Unisphere at Flushing Meadows-Corona Park to “make an announcement about the future of Queens.”

When he throws his hat in the ring, he will join a crowded field that includes Jimmy Van Bramer, Costa Constantinides, Paul Vallone, Elizabeth Crowley, Alicia Hyndman and more.

Though Borough President Melinda Katz is term-limited in 2021, Katz, the Democratic candidate for Queens district attorney, is expected to win that race easily in November.

Her victory would then trigger a special election for the borough presidency early next year, likely in February.

Richards, who was first elected to the City Council in March 2013, represents parts of southeast Queens and the Rockaways.

Some of his accomplishments include securing $1.5 billion for sewer infrastructure in southeast Queens, $288 million in investment for the Far Rockaway rezoning, and $70 million for the creation of the 116th Precinct in Rosedale.

Prior to being elected, Richards served as the chief of staff to former City Councilman James Sanders Jr., who was elected to the State Senate in 2013, triggering a special election.

Richards won that special election by less than 1 percent, but went on to handily defeat other Democrats in the primary.

He won the general election in 2013 over Republican Scherie Murray, who is now taking on Congresswoman Alexandria Ocasio-Cortez for the House of Representatives.

Need to speak with State Senator Joseph Addabbo Jr.? Well, you can meet with him during his upcoming mobile office hours.