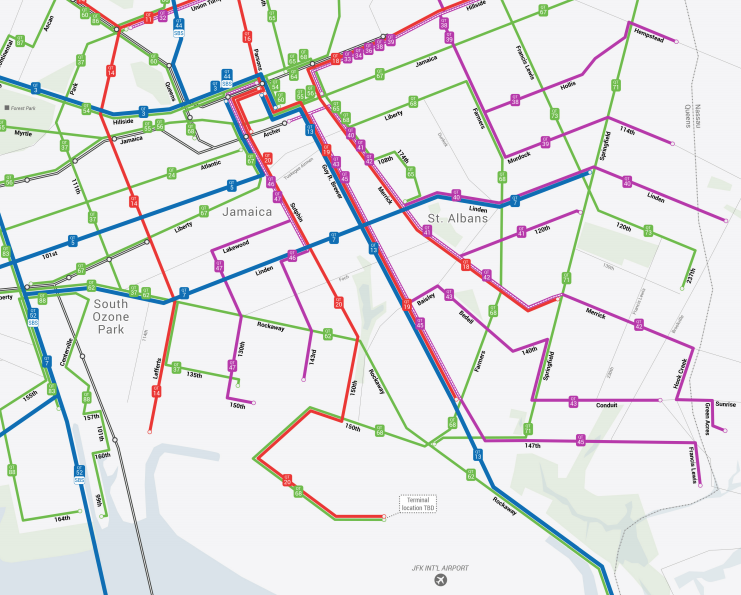 The MTA is redesigning the entire bus network in Queens, and they want the public to chime in on the changes.

There will be longer distances between bus stops and straighter paths for each route.

You can see examples of the changes in the map above for southeast Queens, a transit-starved area that relies heavily on buses to get around.

They all converge on the Jamaica Center-Parsons/Archer station, a transit hub that connects multiple train lines (E, F) and LIRR.

To get a better sense of how your current bus line will be rerouted, check out the MTA’s route profiles here.

As part of their effort to solicit feedback from the public, the MTA is hosting a series of public workshops with tabletop maps for attendees to pinpoint their routes.

On January 23, the MTA will host a workshop at the Queens Educational Opportunity Center, located at 158-29 Archer Avenue in Jamaica, from 6 to 8 p.m.

If you’re a regular bus rider and your commute will be changed by the redesign, be sure to attend the workshop to give your feedback on the proposed routes.