A retired police officer who allegedly fired a gun inside a sushi restaurant in Howard Beach this week during a verbal dispute with another patron has been charged with assault.

“This kind of gun violence is unacceptable, particularly when the shooter is alleged to be a retired member of service,” Katz said.

The defendant, identified as 52-year-old Dwayne Chandler of Staten Island, was arraigned on Wednesday morning in Queens Criminal Court.

If convicted, he faces up to 25 years in prison.

The victim who was shot was taken to an area hospital, and currently has no sensation in his legs, Katz’s office said. He is also unable to move his toes, which was a result of the bullet that pierced his back.

So proud of my team for bringing change to Southeast Queens. We won at the polls, but the fight’s not over til its over — support our campaign & help make sure every vote is counted: https://t.co/SyiueeG36F

Khaleel Anderson, a community activist and organizer, is on pace to become one of the youngest legislators in the New York State Assembly.

At just 23 years old, Anderson is a member of Community Board 14, the Far Rockaway NAACP and helped found the Rockaway Youth Task Force.

He ran for the open Assembly seat in District 31, which was vacated by former Assemblywoman Michele Titus, with the backing of influential progressive groups like the Working Families Party, Rockaway Revolution and True Blue NY.

Five other candidates sought the open seat, including community activist Richard David, who is in second place with 2,113 votes, or 28 percent.

However, the race is not over yet. Tens of thousands of absentee ballots have to be counted, which could decide the fate of this and many other primary races this year.

Meanwhile, in the race for Queens borough president, Councilman Donovan Richards has emerged on top with 41,915 votes, roughly 37 percent.

Trailing him are former Councilwoman Elizabeth Crowley, with 28 percent, Councilman Costa Constantinides, with 15 percent, Anthony Miranda, with 14 percent, and Dao Yin, with 4 percent.

This race will also be decided by absentee ballots.

For Community Board 9, Marilyn Custodio, Sister Catherine Feeney, Raquel Olivares and Alexandria Sumpter-Delves have been appointed.

For Community Board 14, Joanne Fogarty, former president of the Rockaway Point Association, has been appointed.

All community board members are appointed by the borough president, with half recommended by City Council members.

Of the 399 appointees, 76 are first-time members who have never served on the board, but have shown a commitment and understanding to the community’s needs.

The office received 595 applications, including 252 from applicants who had never served on a community board. More than 340 were from those who were reapplying at the end of their 2020 term.

Because of the COVID-19 pandemic, Lee announced in late March that community board members whose terms end on March 31 would continue for an additional 60 days.

Here are Borough President Lee’s appointments for the 2020-2022 term for Community Board 10, which serves South Ozone Park: 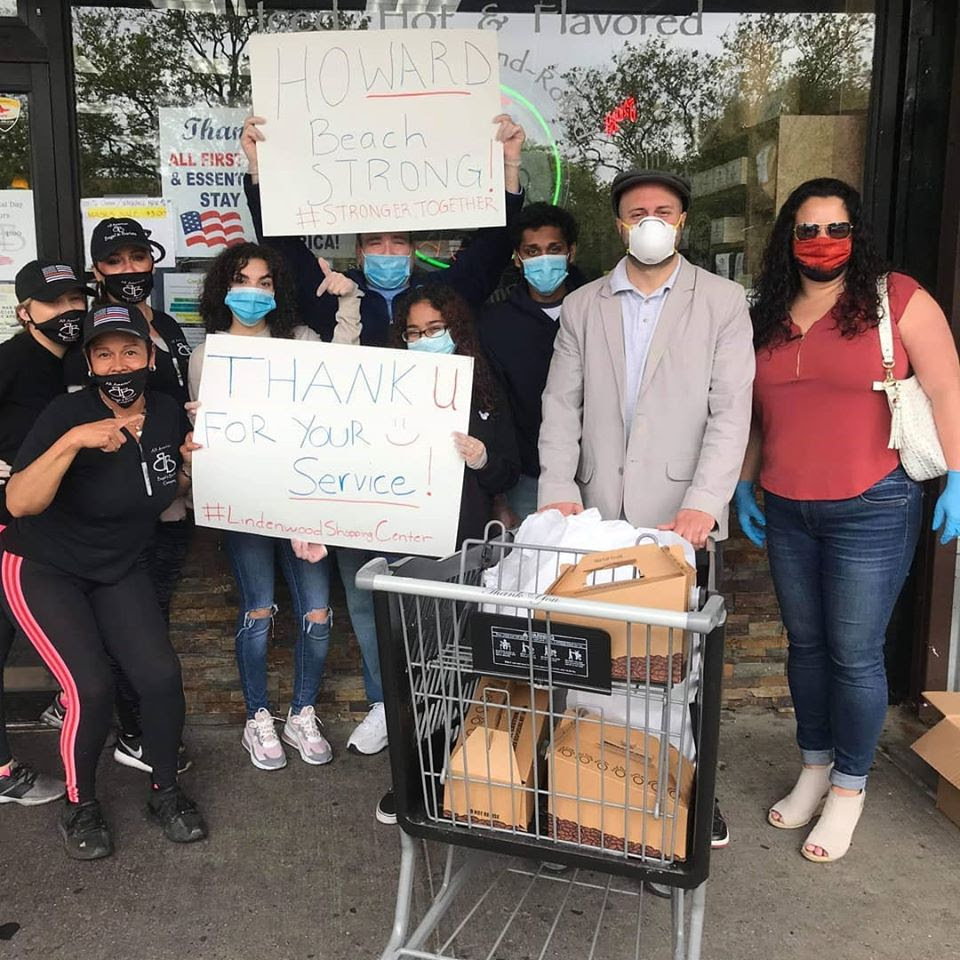 Bucaria, a local activist who coordinated the event, said he wanted to show gratitude to people serving the community.

“I wanted to show my children the importance of celebrating local heroes and volunteering to serve others,” he said.

The bagels and coffee were donated by All American Bagel, located at 82-41 153rd Avenue.

The group greeted staff with cheers and signs thanking them for their service.

“These workers are beyond essential,” Scala said. “They can’t work from home like some of us.

“They’re out here everyday making sure we have everything we need. Today was about giving a little something back to them.” 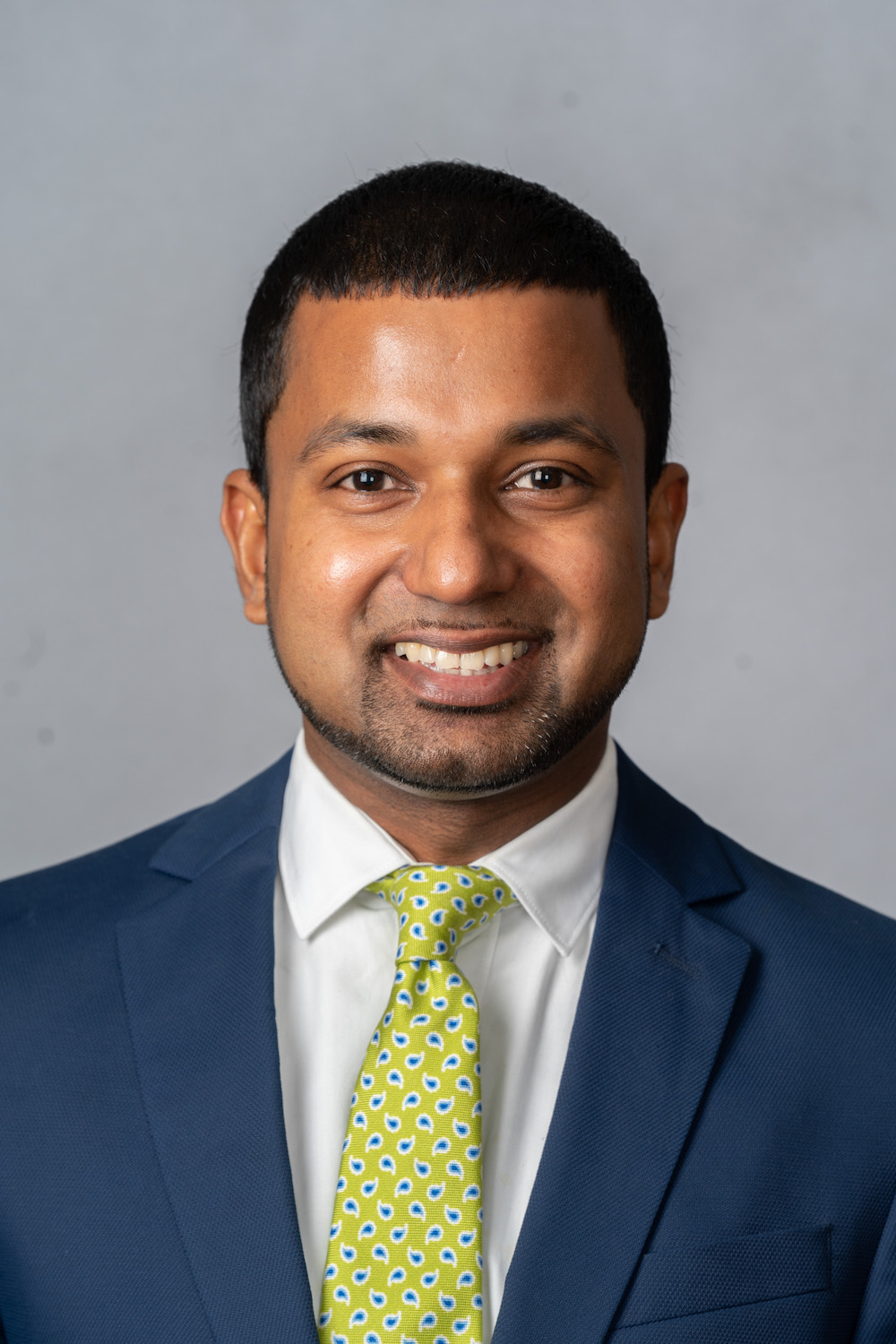 Richard David, a candidate for State Assembly in District 31 in southeast Queens, has picked up an endorsement from Congressman Gregory Meeks.

David, a local activist and district leader, is seeking the Democratic nomination against five other candidates.

The seat was vacated by former Assemblywoman Michelle Titus, who was elected a civil court judge this year. Titus served in the Assembly since 2002. 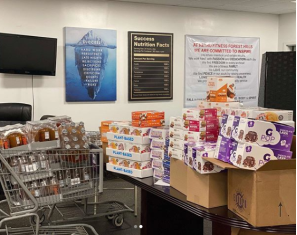 In response to the pandemic, the gym franchise has frozen all memberships, offered free daily workouts and helped the elderly with grocery shopping. It also decided to give back to the community.

The products were isolate for four days prior to delivery and sprayed with disinfectant to ensure they were sanitized.

The Retro Fitness area manager and franchise owner say they were inspired after losing two members of their own club communities.

“At Retro Fitness, we are dedicated to our communities, especially those affected where our franchisees and members live and work, and stand in solidarity with those on the front lines keeping us safe” said Andrew Alfano, CEO of Retro Fitness.

Due to the novel coronavirus pandemic, the City Council has suspended all office walk-ins, meetings and hearings.

That means starting March 16, Councilman Eric Ulrich has closed his district offices. Staff will be working from home, and calls will be forwarded to Ulrich and senior staff.

Constituents will be assisted through email and social media platforms.

“I cannot stress how serious the situation has become,” Ulrich said. “This is a serious public health emergency.

“People should not go about business as usual,” he added. “I am very concerned about community spread and urge my constituents to take extra precaution and to stay indoors whenever possible.”