Due to the novel coronavirus pandemic, the City Council has suspended all office walk-ins, meetings and hearings.

That means starting March 16, Councilman Eric Ulrich has closed his district offices. Staff will be working from home, and calls will be forwarded to Ulrich and senior staff.

Constituents will be assisted through email and social media platforms.

“I cannot stress how serious the situation has become,” Ulrich said. “This is a serious public health emergency.

“People should not go about business as usual,” he added. “I am very concerned about community spread and urge my constituents to take extra precaution and to stay indoors whenever possible.” 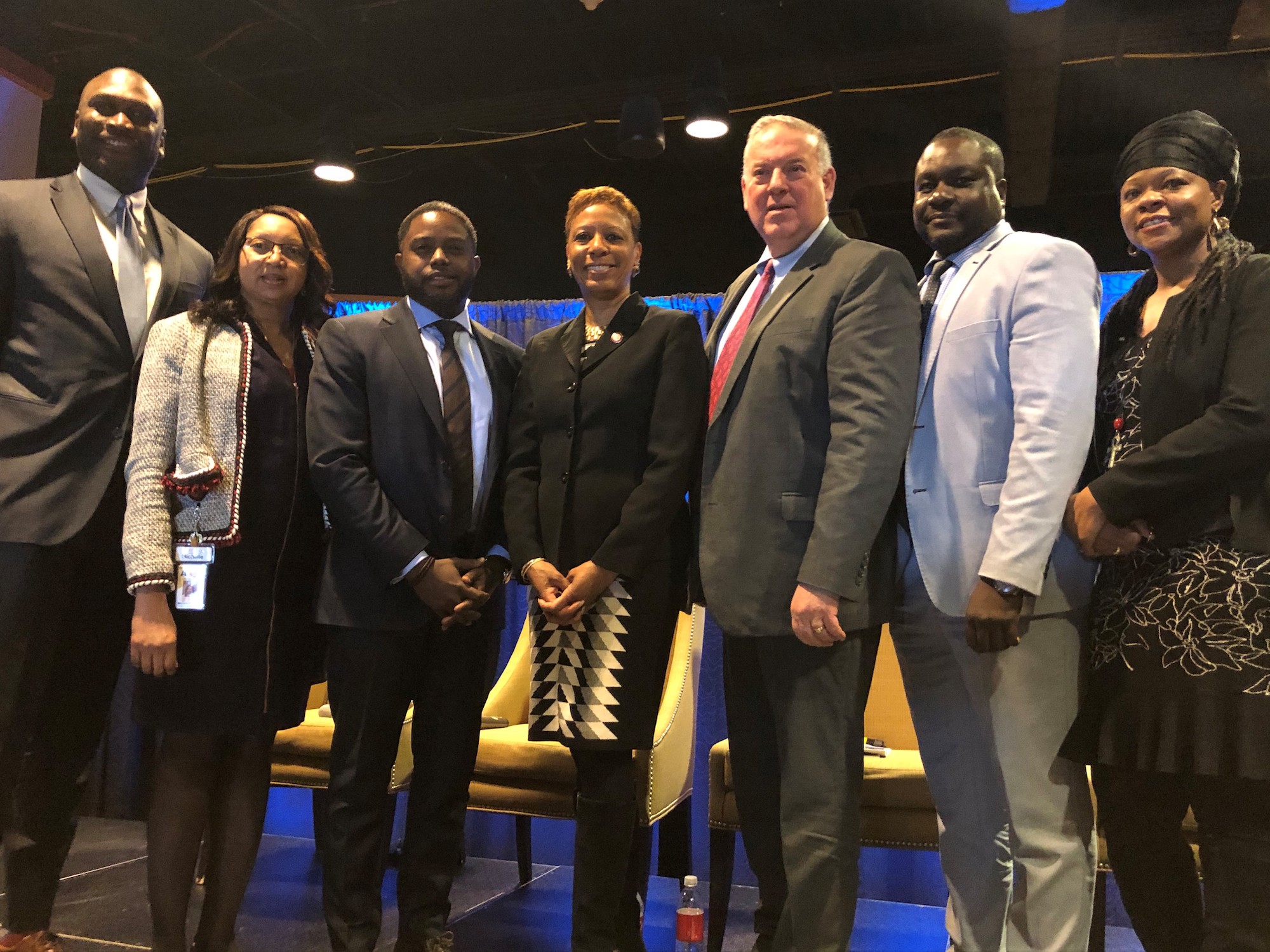 The event focused on networking and resources for the small business community, particularly MWBEs.

“Small businesses and M/WBEs are the backbone of our community,” Adams said, “and our thriving economy so it is important to understand the challenges these business owners face and help provide the resources that allow them to thrive.”

These are the food items needed at the churches’ food pantries:

Both offices are open Monday through Friday, 9 a.m. to 5 p.m.

Donations will be taken until April 9.

On Tuesday afternoon from 4 to 7 p.m., Queens Public Library is hosting a job fair geared toward young adults interested in applying for jobs with the U.S. Census.

The job fair will take place at 2002 Cornaga Avenue in Far Rockaway.

Several U.S. Census Bureau staff will be in attendance to give presentations on how Census 2020 affects our communities, provide recruitment assistance and answer questions.

The Census is recruiting thousands of people to assist in getting the most accurate count possible.

Though the jobs are temporary, most positions last several weeks, and include paid trainings. Bilingual applicants are encouraged to apply.

Queens Public Library is hosting an author talk with venture capitalist and billionaire Ben Horowitz on Thursday, February 13 at 6 p.m. at Central Library.

Horowitz will discuss his latest book, “What You Do Is Who You Are: How to Create Your Business Culture.”

According to QPL, Horowitz uses numerous hip hop references in his book while he takes readers through the process of designing a company culture and engraining it with certain values.

Horowitz has also written a bestselling book called “The Hard Thing About Hard Things: Building a Business When There Are No Easy Answers.”

After the author talk and Q&A, Horowitz will sign copies of his new book, which will be available for sale. 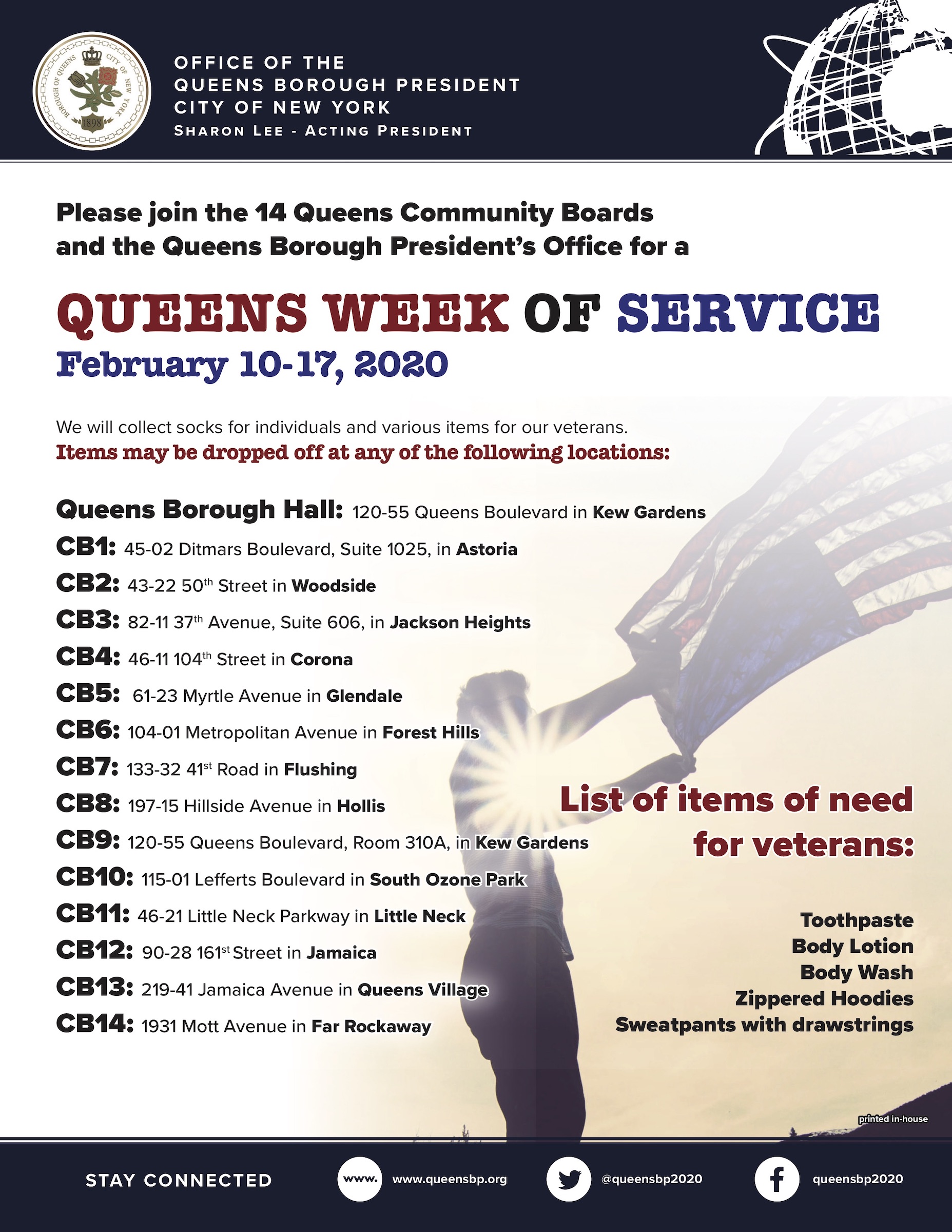 All 14 Queens community boards is joining Acting Borough President Sharon Lee in hosting a borough-wide “Queens Week of Service” from February 10 to 17.

Community boards will collect much-needed resources at each of their offices to give to institutions serving veterans and the homeless.

Specifically, donated new pairs of socks will be given to homeless neighbors in partnership with Monkworkx Corp.

In South Ozone Park, the drop-off location is 115-01 . Lefferts Boulevard, where Community Board 10’s office is located.

Thank you to everyone who donates and participates in Queens Week of Service! 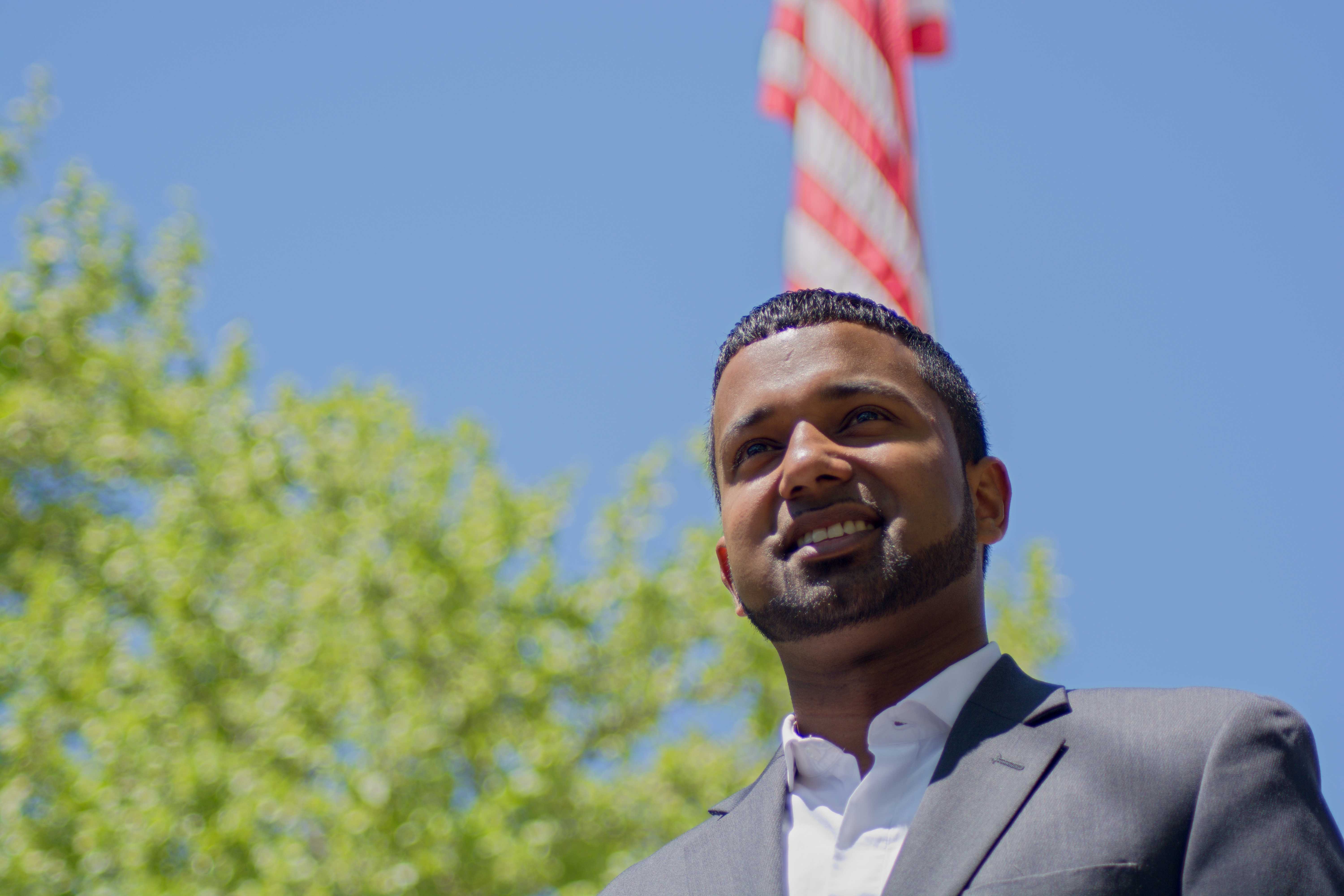 The position was vacated after former Assemblywoman Michele Titus was elected as a Queens Civil Court judge earlier this year. Titus has served in the Assembly since 2002.

Governor Cuomo is expected to declare a special election in the next few days. The regularly-scheduled primary is set for June 23rd.

David has lived in southeast Queens for 25 yeas, and is currently a district leader for Assembly District 31.

He spent 10 years working in government, and was at one point one of the youngest members of his local community board.

He co-founded a youth-led social justice organization, and led the nonprofit desk of a private government relations firms.

David is also an adjunct history professor at York College. 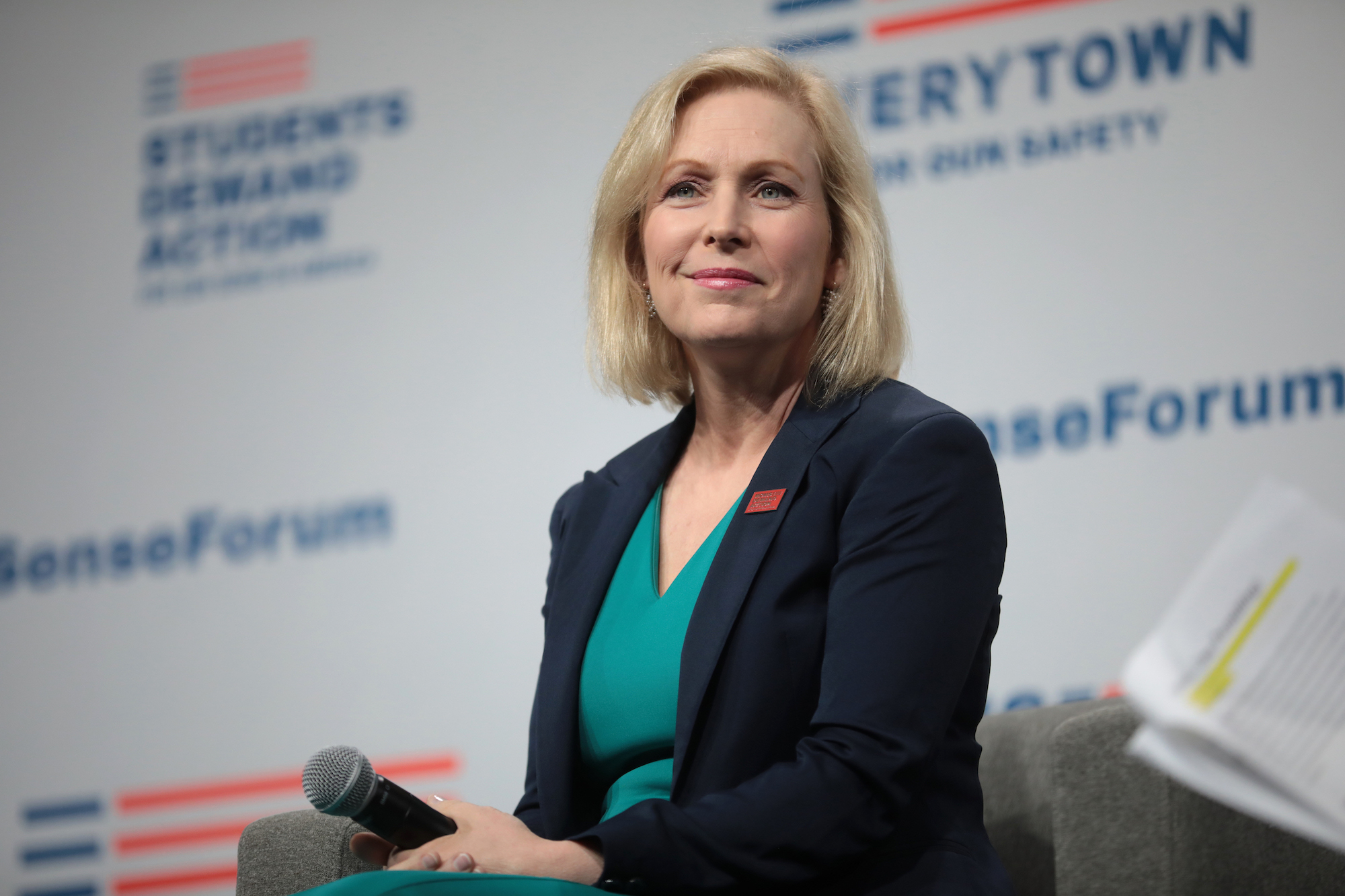 For tonight’s State of the Union address in Washington D.C., Senator Kirsten Gillibrand is bringing an injured airport worker as her guest.

Hacheler Cyrille, a young mother, was 17 weeks pregnant when she fell on a baggage conveyor belt while working at JFK Airport for American Airlines contractor Eulen America.

Eulen America has been accused of endangering workers’ health and safety in the past.

Cyrille said Eulen made it difficult to get her job back after the incident. The New York City Human Rights Commission is currently investigating her pregnancy discrimination complaint.

By bringing Cyrille to the State of the Union, Gillibrand will highlight the need for responsible contractors and prioritizing safety for workers.

“Women like Hacheler are essential to ensuring that workers have the right to join together and fight for the pay and protections they deserve,” Gillibrand said.