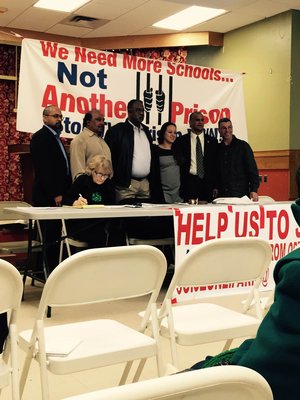 The much opposed Close to Home program is being audited by City Comptroller Scott Stringer.

Although there is no word on how long the audit will last or what its looking into, news of the audit still comes to good news for city neighborhoods.

The Close to Home program, orchestrated by the Administration for Children’s Services (ACS), hopes to move juvenile delinquents from upstate facilities to buildings around the city in an effort to bring them closer to their families as well as have them re-introduced into society.

There has been a loud outcry from both South Ozone Park and Queens Village in an effort to dismiss the juvenile facilities from popping up in the areas. Last week, Stringer rejected the contract for the South Ozone Park facility due to “inconsistencies.”

Due to property value decreases as well as safety concerns, members of both communities hope that Stringer’s audit will be a step towards shutting down both facility plans.