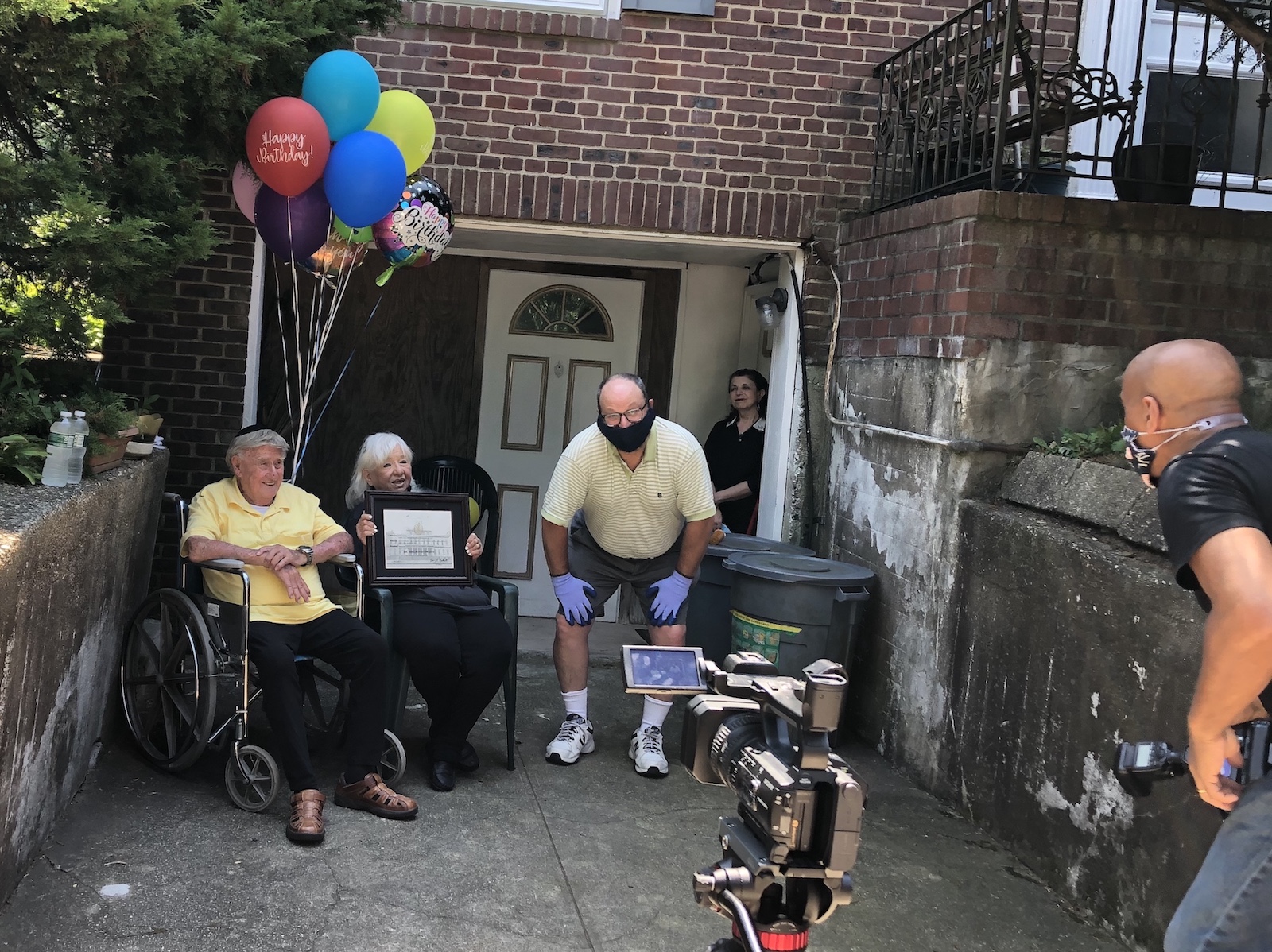 Dr. Sheldon Schwartz celebrated his 101st birthday at his Holliswood home last week with a citation from Councilman Barry Grodenchik.

Schwartz was chief of the Clinic of Arthritis and Rheumatism at Bellevue Hospital for more than 30 years. He became the first chair of rheumatology at Long Island Jewish Hospital.

He then helped build Hillcrest General Hospital and was chief of medicine there for another 25 years.

“From building a hospital to winning sports trophies to play a mean game of bridge, Dr. Schwartz teaches us that living life fully is key to a long and bountiful life,” Grodenchik said. “He is a pillar of the medical field, his family and our community.”