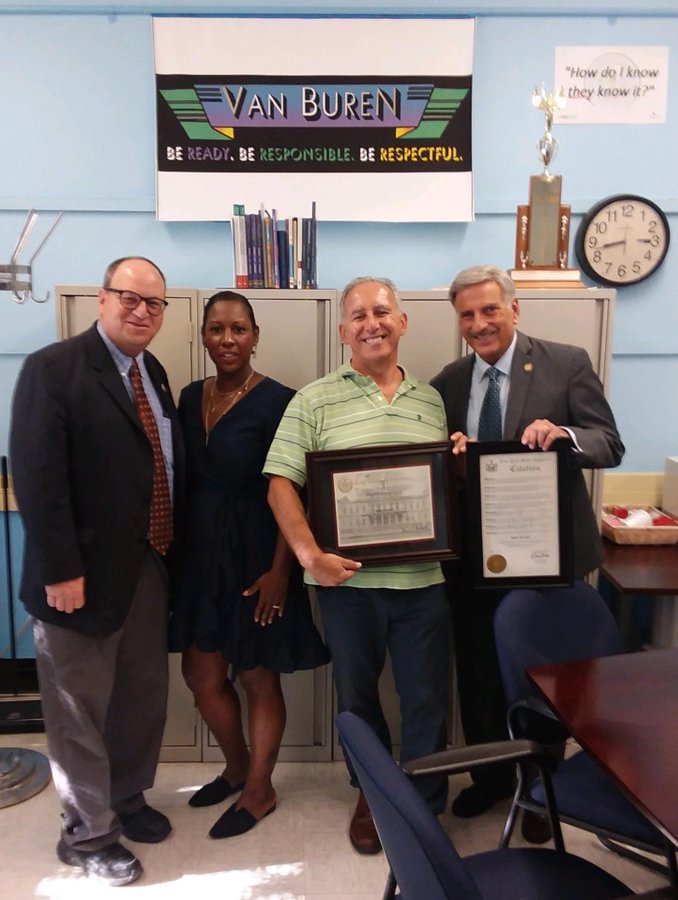 After 32 years as a New York City educator, Sam Sochet has called it a career.

Sochet, the principal at Martin Van Buren High School in Queens Village/Bellerose, has retired after seven years at the helm.

He was largely credited with turning around the school. Sochet receives the High School Principals Association’s Leadership and Excellence in Education Award earlier this year.

Tracy Martinez, pictured above, will take over as interim acting principal of Martin Van Buren HS.

To read more about the school’s turnaround, see here and here.