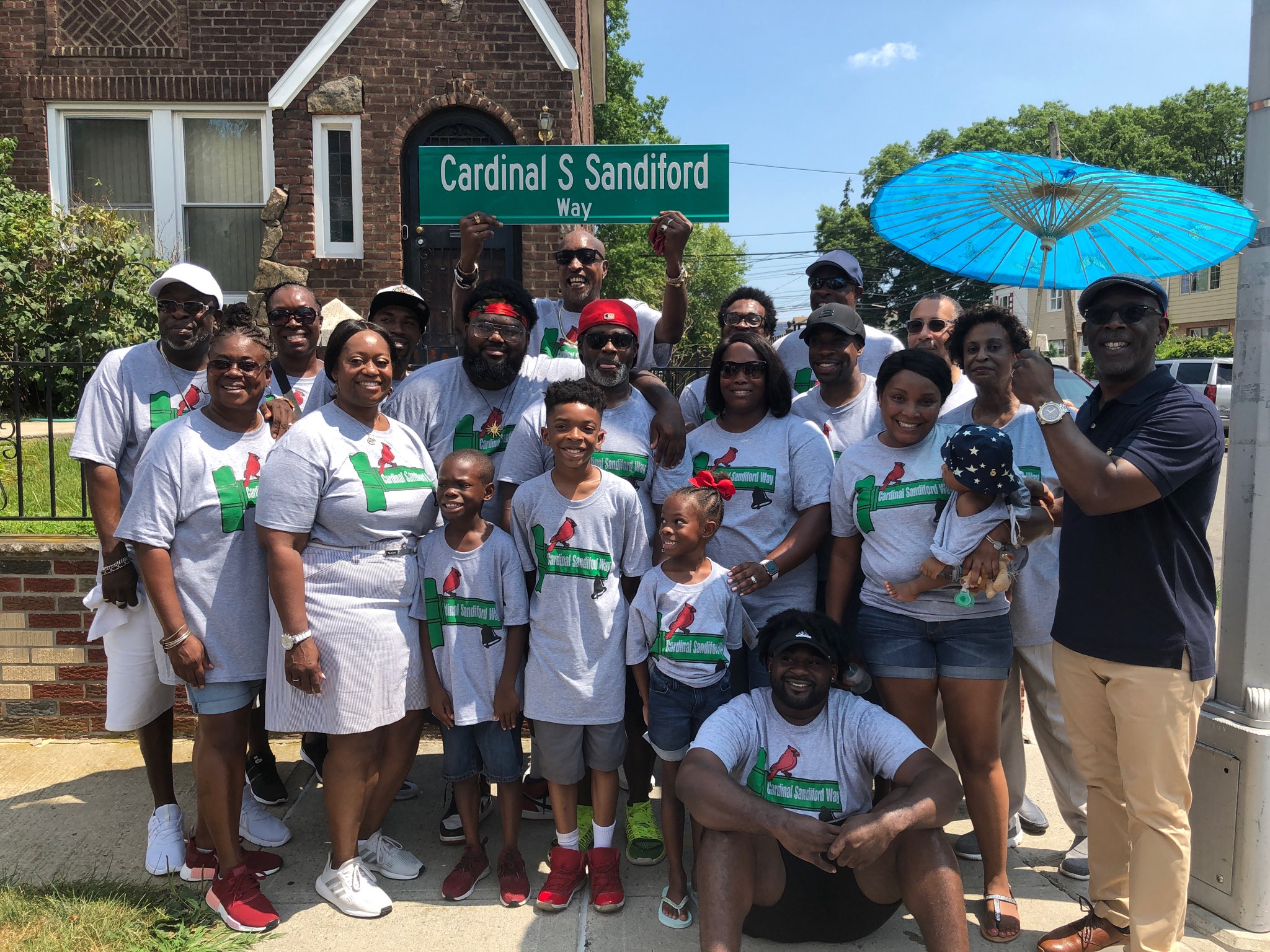 If you’re passing through Saint Albans, you might look up and see a sign that says “Cardinal S. Sandiford Way.”

That street sign is on the corner of Anderson Road and Sidway Place, and it’s named after a revered former civic leader who passed in 2013.

Cardinal Sandiford lived to be 84 years old, surviving a life-threatening eye infection in 2010 before passing away three yeas later.

He was a U.S. Army veteran and civil service division director of the now-defunct Local 144 SEIU, and later rose to the rank of vice president.

Sandiford also served as the president of he Octagon Neighborhood Association, a board member of the Robert Couche Senior Citizen Center, and 14 years as a member of Queens Community Board 12, where he chaired the influential Land Use Committee.

As land use chair, he fought for the preservation of residential communities, and was deeply involved in some of the projects that affected southeast Queens.

His family joined Councilman I. Daneek Miller on July 21 to unveil the street sign named after him, which will forever honor his legacy of service to his community.