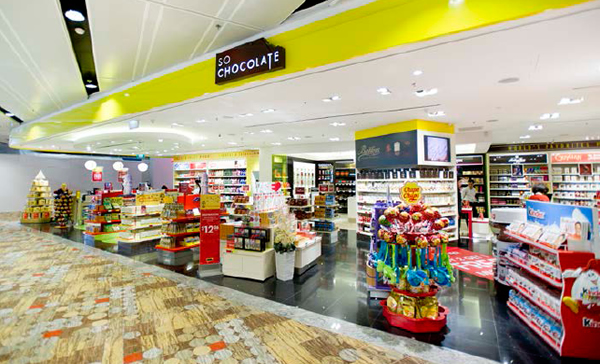 Well, now you can indulge in your sweet tooth while waiting for your flight at JFK Airport.

JFKIAT, the company that manages Terminal 4 at JFK, has announced a partnership with proprietary confectionary company Paradies Lagardère to open up a So Chocolate! shop. In fact, today is the opening day of the store at the heavily-used terminal, which just celebrated its 19th million passenger this year.

While there will be classic chocolate brands, such as Lindt, Godiva, Neuhaus, Cadbury and Toblerone, visitors will also get to sample local and international chocolates as well. The shop will have chocolate for every price point and will offer special sections such as the Kids’ section, the USA Famous section and the World’s Favorite section.

The JFK location of So Chocolate! is the first location in North America. Other locations include the Hong Kong and and Singapore Changi international airports. 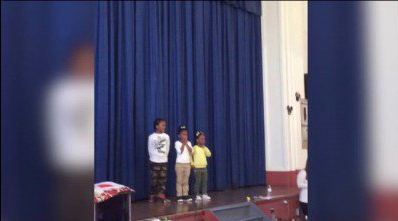 With all of the negative events happening in the world lately, it’s sometimes sweet to hear a story like this.

What’s better than presents for Christmas? Well, spending the holiday with your loved ones – especially those that you haven’t seen in a while. Recently three children attending P.S. 121 in Ozone Park were in for a treat when they were surprised by a visit from their older brother. Their brother, Army Spc. Paul Hernandez, had been working in the military and had been separated from his siblings for years.

Remember to be thankful for your friends and family! 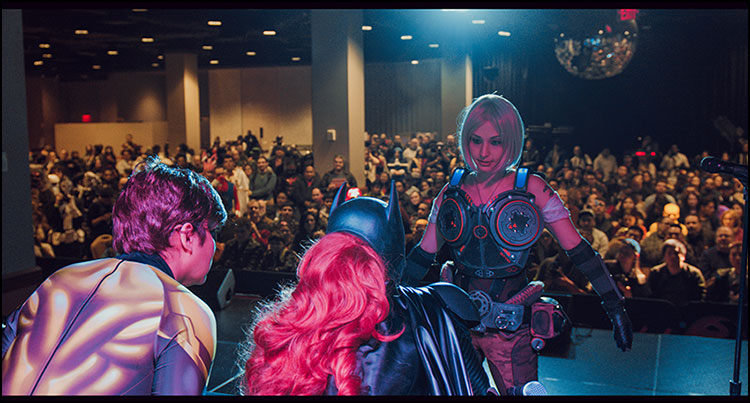 With the highly-anticipated film Star Wars: Episode VII – The Force Awakens set to open on December 18, there will be a special homage to the cult classic film series at the second annual star-studded Winter Con.
The event will take place at Resorts World Casino this weekend, from 10 a.m. to 7 p.m. on Saturday, December 5, and from 10 a.m. to 5 p.m. on Sunday, December 6. Wintercon will celebrate Star Wars with a lineup of guest appearances and fun activities that will excite the inner nerd in you.
Frank Patz, a Queens native and co-promoter of Winter Con, was inspired to create the show due to a love of science fiction. Growing up, he and his friends always watched screenings of the Godzilla series between Thanksgiving and Christmas, and he wanted to recreate that for a new generation of science fiction fans.
Expect to see Jeremy Bullock, the original Boba Fett from The Empire Strikes Back and Return of the Jedi, as well as Daniel Logan, who played the young Boba Fett from Attack of the Clones. Other guest appearances include John Morton, who acted as Dak Ralter in The Empire Strikes Back, and Taylor Gray, also known as Ezra Bridger in Star Wars Rebels. There will also be stormtroopers and Darth Vaders walking around the convention.
If you’re into comic books and art, famed Star Wars comic book artists John Cassaday and Dave Dorman will also be in attendance.
While Paz hopes Winter Con can eventually be something in the vicinity of Comic Con, he wants there to be a clear distinction.
“We’re more science fiction movie based,” he said. “While we also have comics, we’re more celebrity-based as well.”
Even if Star Wars isn’t your cup of tea, WinterCon will offer up a whole host of comics-related events.
There will also be celebrities from other science fiction-related pop culture such as Nichelle Nichols from Star Trek, Austin St. John and Jason Lee Scott from Power Rangers, Michael Biehn from Terminator and Aliens, and Haruo Nakajima, the original Godzilla actor. The Japanese actor who played the beloved character Jet Jaguar in Godzilla will be making his first appearance ever at a convention after Patz sought him out.
Legendary comic book artists, such as Neal Adams, who is best known for works such as Batman, will also be there, along with artists James O’Barr and Billy Tucci.
Fans of the films can listen to a panel discussion about various science fiction-themed topics or you can be a part of the show itself by getting dressed up in your favorite character’s costume and participating in the costume contest. Even more impressive, there will be a life-size trash compactor that fans can go into and have their photos taken.
Children will be able to participate in the Jedi Academy on Sunday, where the Star Wars characters will teach the kids how to use light sabers. Each child is given a free light saber.
And if you like wrestling, there’s something for you too. WWE stars Mick Foley, King Kong Bundy and Tito Santana are also set to be at Winter Con.
Single day tickets are $25 for Saturday and $20 for Sunday for adults, $15 for Saturday and $8 for Sunday for kids. Weekend passes are $40 for adults and $20 for kids. Special VIP packages are also available for $85. For more information, visit the show’s website, www.nywintercon.com, or email info@wintercon.com.

Resorts World Casino New York City is thrilled to welcome back WinerCon, the exciting two-day expo where the worlds of comic books and science fiction collide with spectacular results from December 5-6, 2015.

A recent press release from Resorts World states that With Star Wars: Episode VII – The Force Awakens due in theaters, Star Wars will be a huge part of this convention. The original Boba Fett from The Empire Strikes Back and Return of the Jedi, Jeremy Bulloch, and young Boba Fett from Attack of the Clones, Daniel Logan, head up an all-star celebrity guest contingent.

They will be joined by all-star comic book artists Neal Adams (Batman), James O’Barr (The Crow) and Billy Tucci (Shi), who head the roster of creators. WWE superstars Mick Foley, King Kong Bundy and Tito Santana will also be on hand, as will David Harris and Terry Michos from direct Walter Hill’s 1979 cult classic film The Warriors. World renowned cosplayer Yaya Han is on the roster as well.

Kids are allowed in through the bus lobby of garage entrances, up to the Central Park event space. No kids allowed to enter the main casino building. For more information, visit our website www.rwnewyork.com. 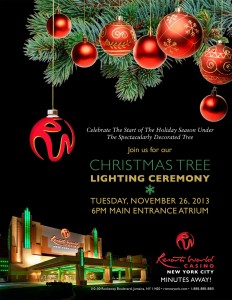 At the event, the casino will kick off its Toys for Tots collection and launch their 3rd Annual Holiday Coat Drive, in partnership with New York Cares.

This year, the Resorts World Casino Christmas tree is a soaring 40 feet tall, making it the largest Christmas tree on display in the borough of Queens. The tree will be decorated with more than 1,500 ornaments, including holiday bells, balls and poinsettias and 400 bows made from 5,400 yards of red velvet and gold lame ribbon. There are 6,500 LED lights on the Resorts World tree.

The two-hour event will features classic Christmas and holiday songs sung by local carolers, refreshments and a visit from Santa Claus to help light the tree.

For the third year in a row, Resorts World Casino New York City is excited to be a drop-off site for the New York Cares Coat Drive, an annual city wide event focused on collecting and distributing coats to New Yorkers in need. Anyone who is interested can drop off their clean, gently-used coats at the designated collection bins inside the main entrance of the casino.

Resorts World is proud to support the Toys for Tots Foundation’s annual toy drive. Anyone who is interested in participating can drop off a new, unwrapped toy at the designated collection bins inside the main entrance of the casino.

For more information on Toys for Tots and the annual toy drive, please visit www.toysfortots.org.

According to an audit released by State Comptroller Thomas P. DiNapoli, the New York Racing Association (NYRA) has seemingly failed to prioritize capital projects and formally estimate project costs funded by Video Lottery Terminal (VLT) revenue. Issues with capital planning have been a problem that has plagued the NYRA for years.

“Sound business practices include both long-term and short-term capital project planning, but my auditors discovered that NYRA’s planning was weak,” DiNapoli said, according to Empire State News. “An organization that has recently emerged from bankruptcy protection needs to do a much better job of minding its finances and seeing to its most pressing capital needs.”

The NYRA owns the Aqueduct Racetrack as well as the racetracks in Belmont and Saratoga.

While summer may be over, you can still head to Rockaway to celebrate another popular season – fall! On Sunday, October 11, the community will host the second annual fun-filled Street Fall Festival at Beach 116th Street. There will be live music, a beer garden, food courts, a jump castle and more! 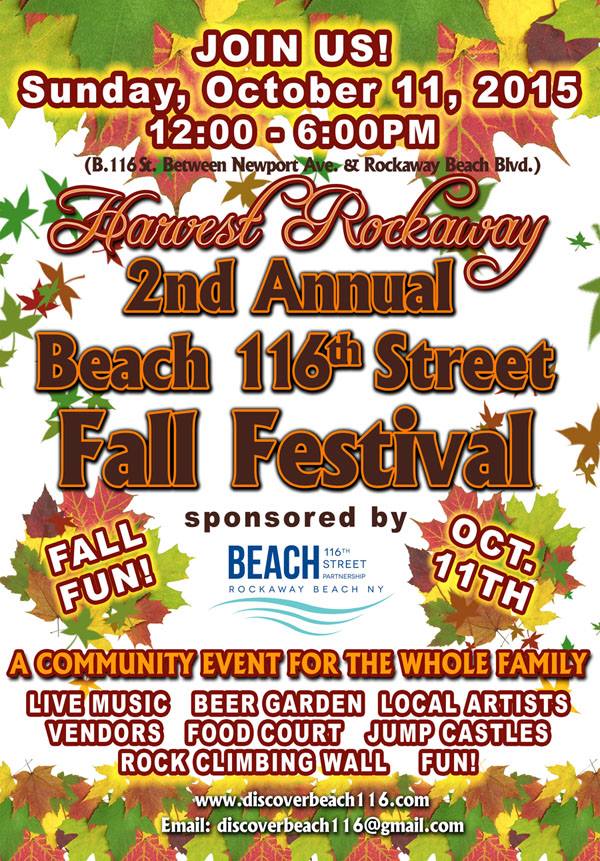 Police have arrested a second suspect in the March 31 murder of 70-year-old Leta Webb in South Jamaica.

The 19-year-old South Ozone Park resident, Sahel Green, was the second person arrested in connection with the murder. The first suspect, 22-year-old Julian Douglas, was arrested back in April. Prior to the new arrest, Green was already locked up for another crime.

Webb was fatally shot in the face after answering her front door. Her adopted son, 27-year-old Arnold Webb, is in jail for manslaughter. Her relatives believe her killing was a means of retaliation for Arnold’s opposition to a rival gang in prison. 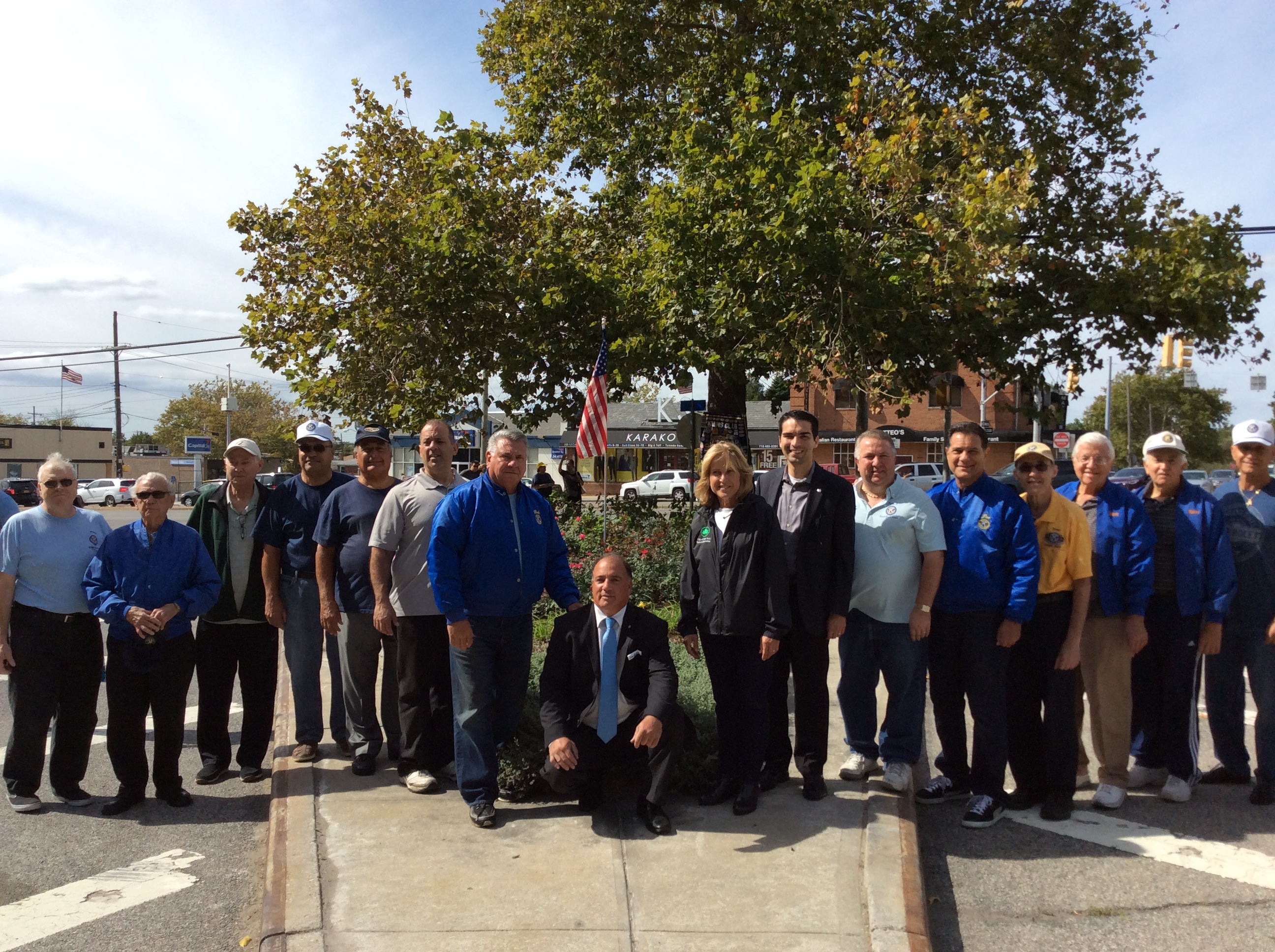 The triangle is a tribute to past Kiwanis members who have died and left behind the legacy of their influences and hard work advocating for the Howard Beach community. Ulrich’s office provided the funding for the refurbishment of the triangle.

The triangle is located north of the Catholic Charities Peter Striano Building, near the intersection of Cross Bay Boulevard and the ramp to Belt Parkway.

“Though it’s small in size, this newest green-space plays a big role in the community and we’re grateful to our partners at the Howard Beach Kiwanis Club for volunteering their time and efforts to help with its upkeep,” Lewandowski said.

Doors open at 6 p.m. for the Muay Thai Challenge War 30. Remember, all guests under the age of 18 must enter through the P6 parking garage entrance only. Tickets cost $40. 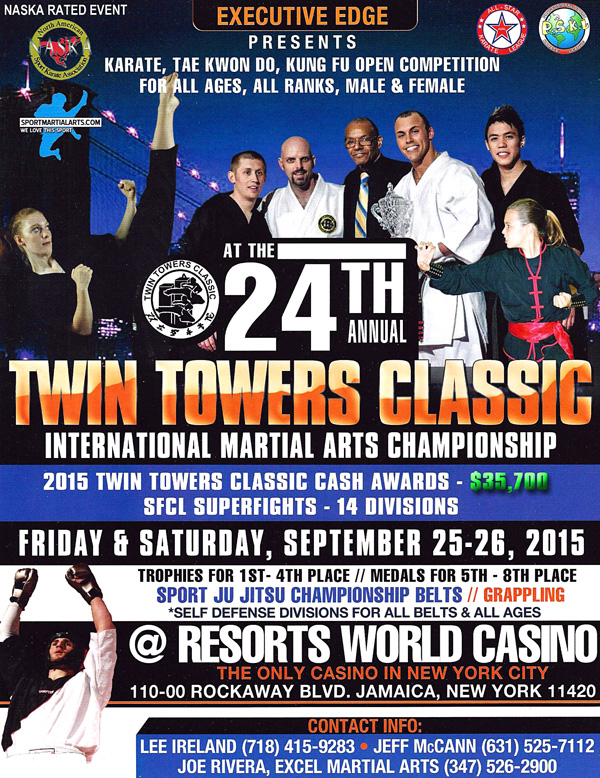