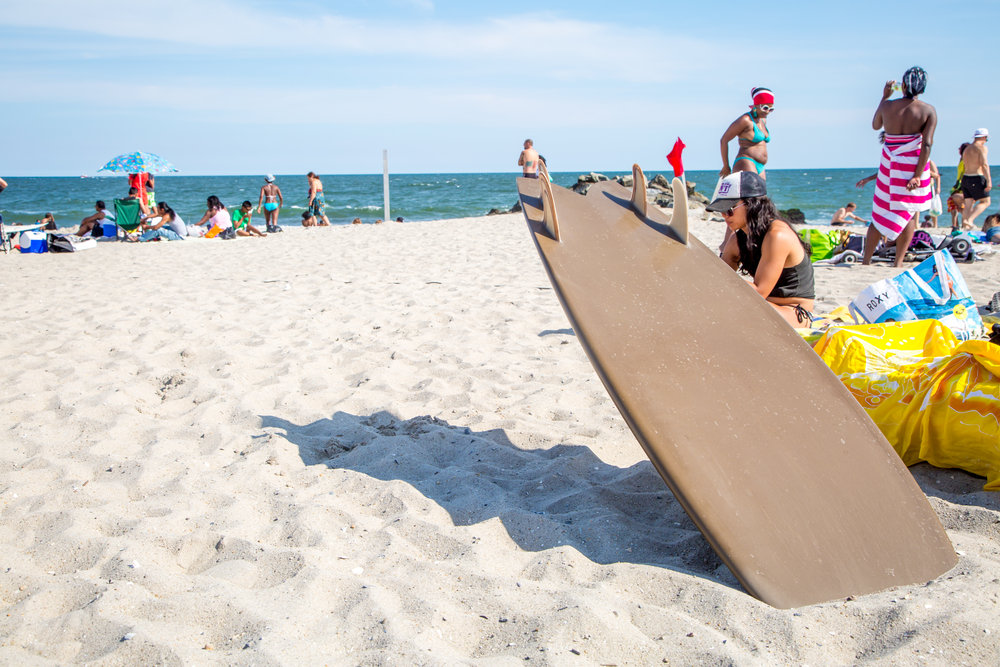 Yesterday, Mayor de Blasio, Senator Schumer, Congressman Meeks and others announced an agreement between the city and the U.S. Army Corps of Engineers to use dredged sand to re-nourish the stretch of the Rockaway beach between Beach 92nd and Beach 103rd Street.

Hopefully, this will mean that this part of the beach will be reopened in time for the summer.

The U.S. Army Corps of Engineers has awarded a $10.7 million contract to Weeks Marine, of Cranford, New Jersey, to perform the maintenance dredging. The Parks Department will add $2 million to pump the sand for 2.5 miles further west to avoid potential environmental impacts.

The plan also calls for a reinforced dune (a composite seawall), at 17 feet high, from Beach 9th Street to Beach 149th Street.

This effort comes after the Army Corps placed 3.5M cub yards of sand on the beaches after Hurricane Sandy to strengthen resiliency.